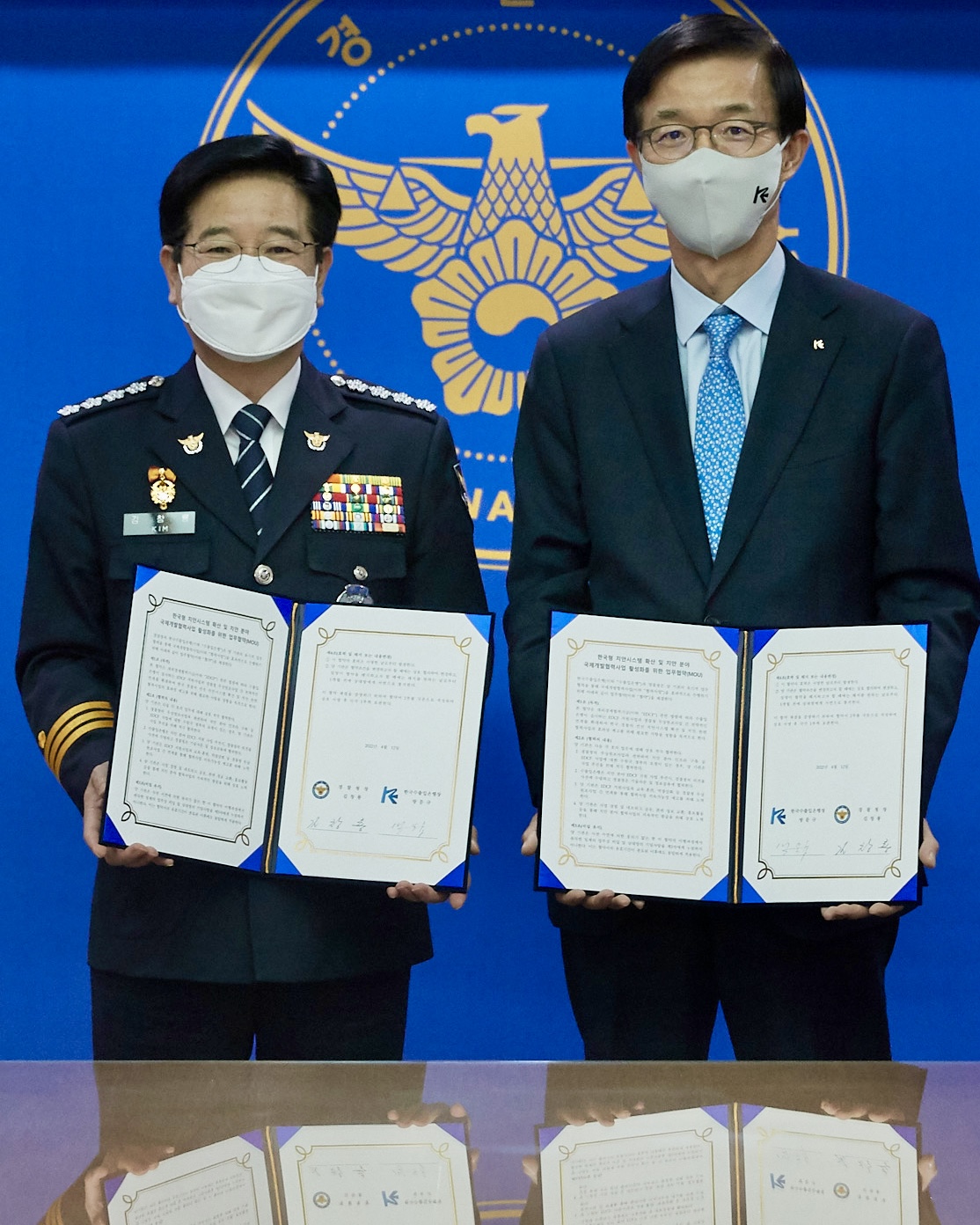 * The Economic Development Cooperation Fund (EDCF): It is an official development assistance loan program established by the Korean government in 1987. The Export-Import Bank of Korea is entrusted to manage the fund for developing countries, providing long-term low-interest loan funds to support industrial development and economic stability in developing countries and to promote their economic exchanges with Korea.

ㅇ Chairman Bang and the KNPA head Kim Chang Yong met at the KNPA headquarters in Seodaemun,  Seoul and signed the MOU.

□ This MOU was made to support the Ministry of Strategy and Finance’s objective to strengthen the linkage between loan assistance and grant aid ODA programs.

ㅇ Korea Eximbank is Korea's ODA loan enforcement agency that operates and manages EDCF entrusted by the Ministry of Strategy and Finance and is a key export credit agency that supports Korean companies' overseas expansion.

ㅇ On the other hand, the KNPA has been offering assistance to transfer Korea‘s security systems to developing countries and establish a security cooperation network with other countries through supporting aid projects in the field of security.

□ As per the MOU, they agreed to cooperate in △ exploring EDCF projects that can be linked to KNPA projects, △ giving technical advice and sharing information for EDCF projects in the security sector, △ enhancing effectiveness and sustainability of EDCF and KNPA projects by establishing linkage.

□ With the signing of the MOU, the two agencies will make efforts to enhance the effectiveness of the projects they support and contribute to the spread of Korean-style public security system by jointly identifying ODA projects in the security sector and linking loan assistance and aid projects.

□ They selected the ’Angola Security Enhancement Project’ as a priority project for cooperation and agreed to launch collaboration within this year.

ㅇ The two agencies will try to maximize the synergy of the ODA projects they support as they did in the past. The Ministry of Strategy and Finance provided $44 million in EDCF loans through Korea Eximbank for the ‘113 Emergency Report Center’ in Angola completed in 2018 while the KNPA conducted training programs called "system operation and crime prevention techniques education project" for the staff at the center.

□ "We will leverage the expertise and know-how of the KNPA to identify EDCF projects with high security improvement effects, and contribute to strengthening social safety nets in developing countries by effectively implementing security projects and enhancing their sustainability," said Chairman Bang.

□ "We expect that our cooperation with EDCF will further revitalize international development cooperation projects in the security sector and achieve practical results such as exports of Korean security systems and equipment," said the KNPA Commissioner general Kim after signing the MOU.