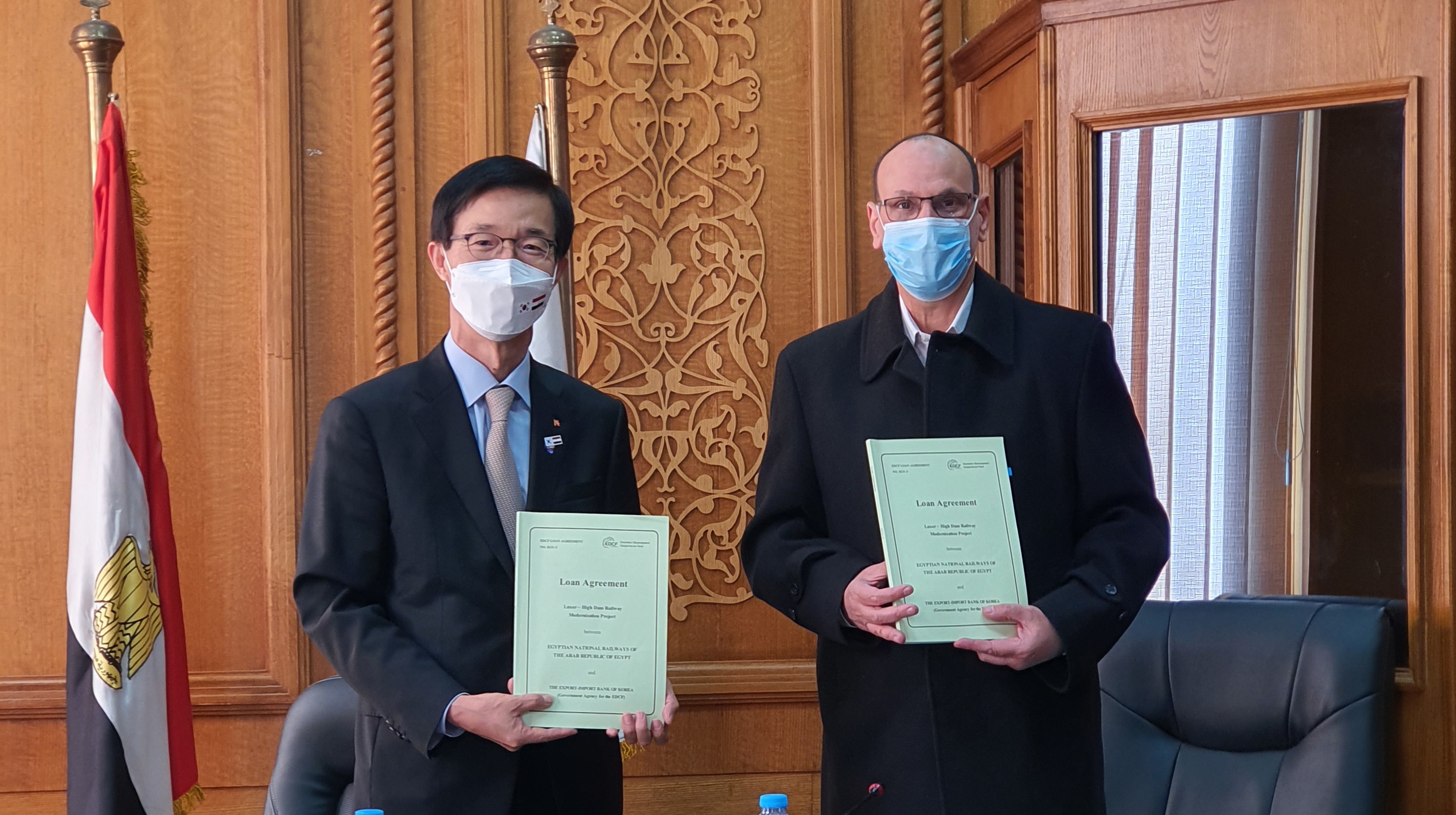 ○ Korea Eximbank announced on January 23 that it has signed a loan agreement to provide a total of $250 million in EDCF loans to support the Luxor-High Dam Railway Modernization Project.

□ The Egyptian railway modernization project is a large-scale national project aiming to upgrade the existing aged transportation network (5100 km, Alexandria-Cairo-High Dam Railway) that runs through the country along the Nile River. The Luxor-High Dam section is the last stage of the project.

○ The $250 million EDCF loans will be used to modernize railway signaling systems, the largest volume ever extended for railway projects so far.

□ This support will help digitize the railroad systems for higher safety, preventing accidents and improving on-time operation. This would in turn increase user trust and satisfaction, as well as strengthen their capacity to respond to climate change with efficient energy use.

○ In addition, with Korea Eximbank's support, it is expected that small-and medium-sized domestic companies in the railway system industry including those manufacturing ICT equipment will further expand their entry into the African market.

□ Chairman Bang said, "It is meaningful that Korea's advanced IT technologies for the latest railway signaling systems can contribute to preventing chronic railway safety problems while ensuring stable and efficient railway operation in the country." He added, "We hope that this will expand opportunities to cooperate with the Egyptian government in various promising fields such as digital and green-based transportation and energy.“

□ Prior to this, Korea Eximbank signed a Memorandum of Understanding (MOU) with the Ministry of International Cooperation on January 20 to provide a total of $1 billion worth of finance over the next five years to facilitate cooperation in large-scale infrastructure projects in Egypt.

○ Chairman Bang met with Minister Rania Al-Mashat at the Egyptian Presidential Palace and signed the $1 billion MOU, focusing on priority areas of cooperation such as ICT-based smart transportation and green energy.