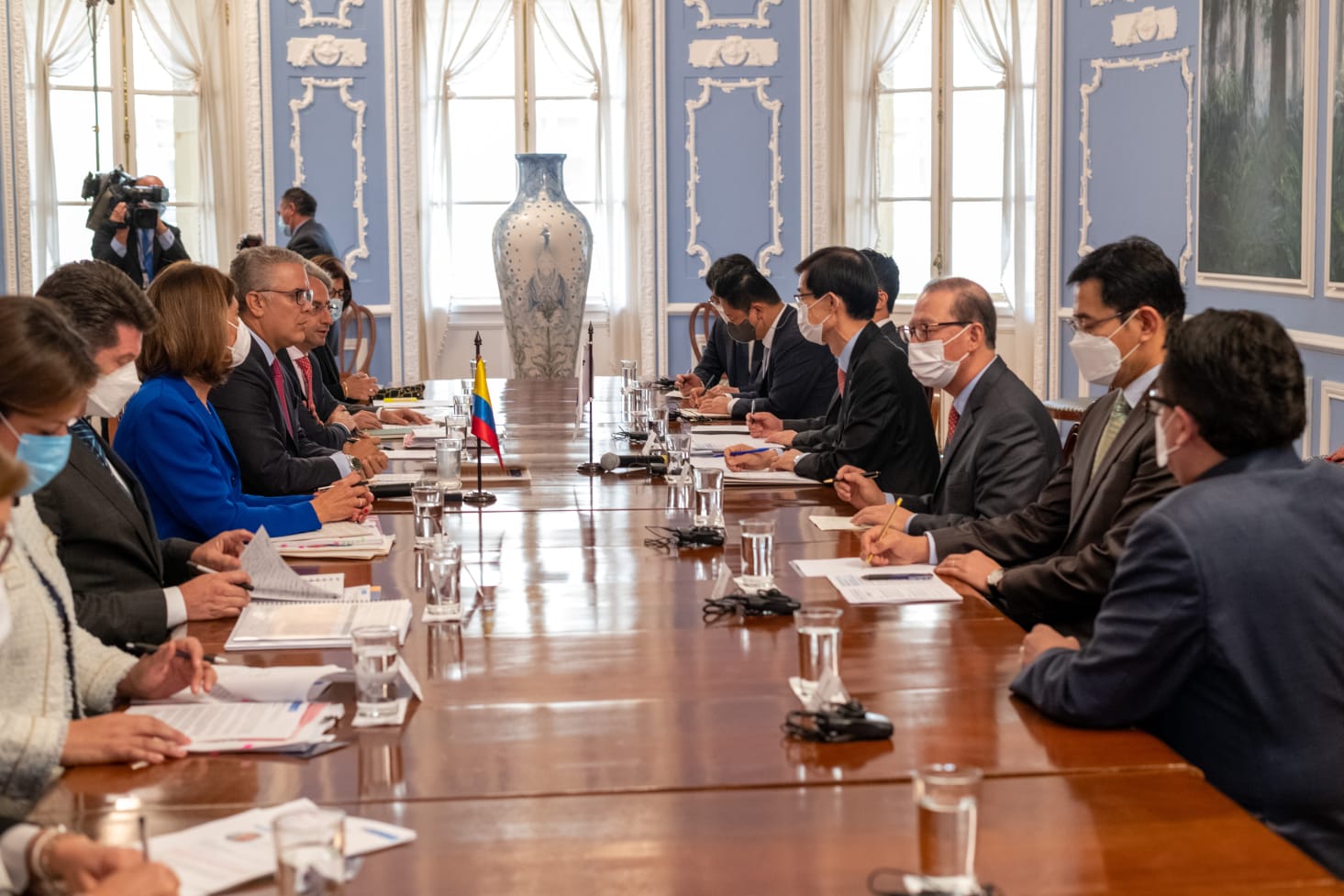 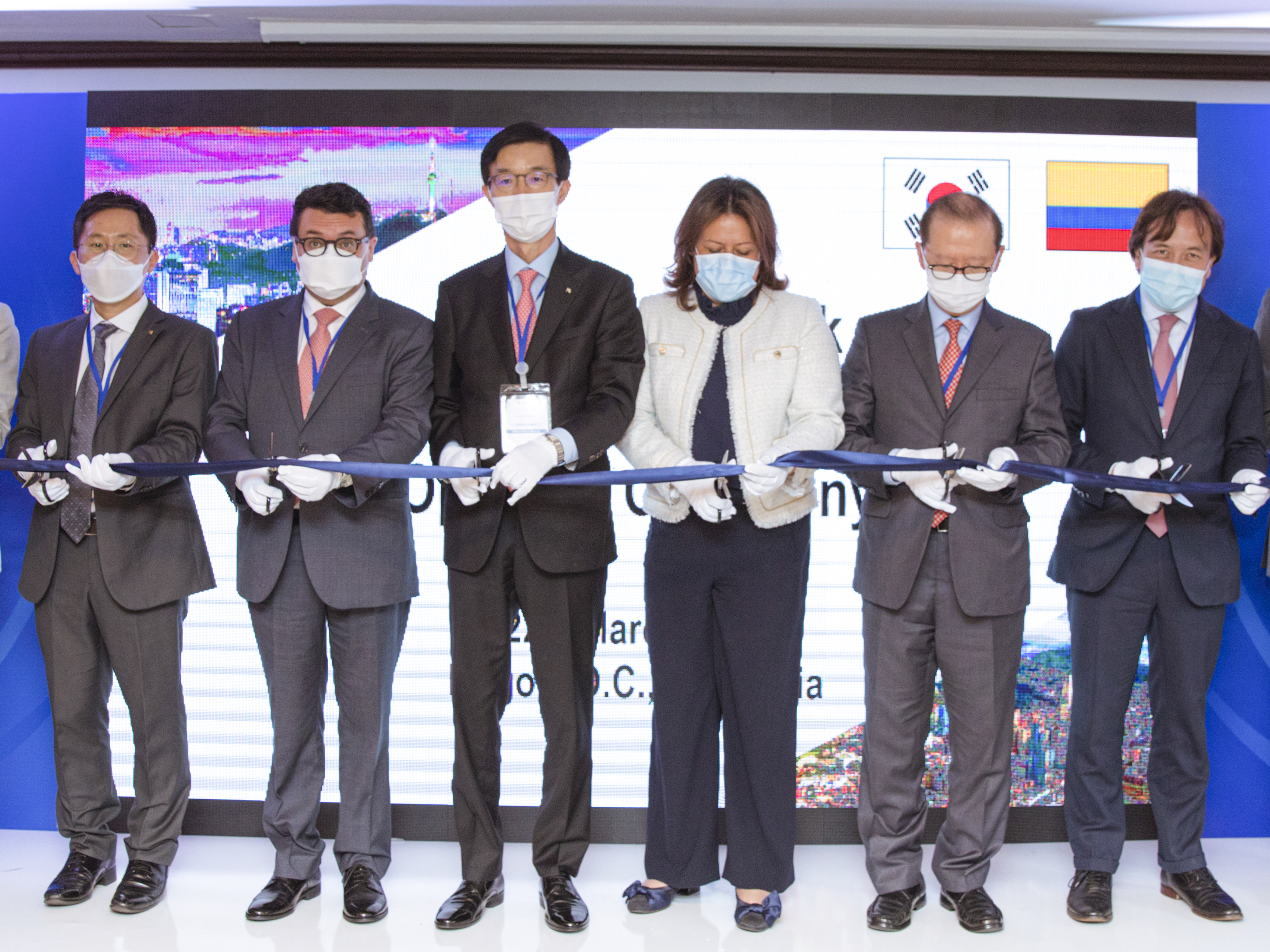 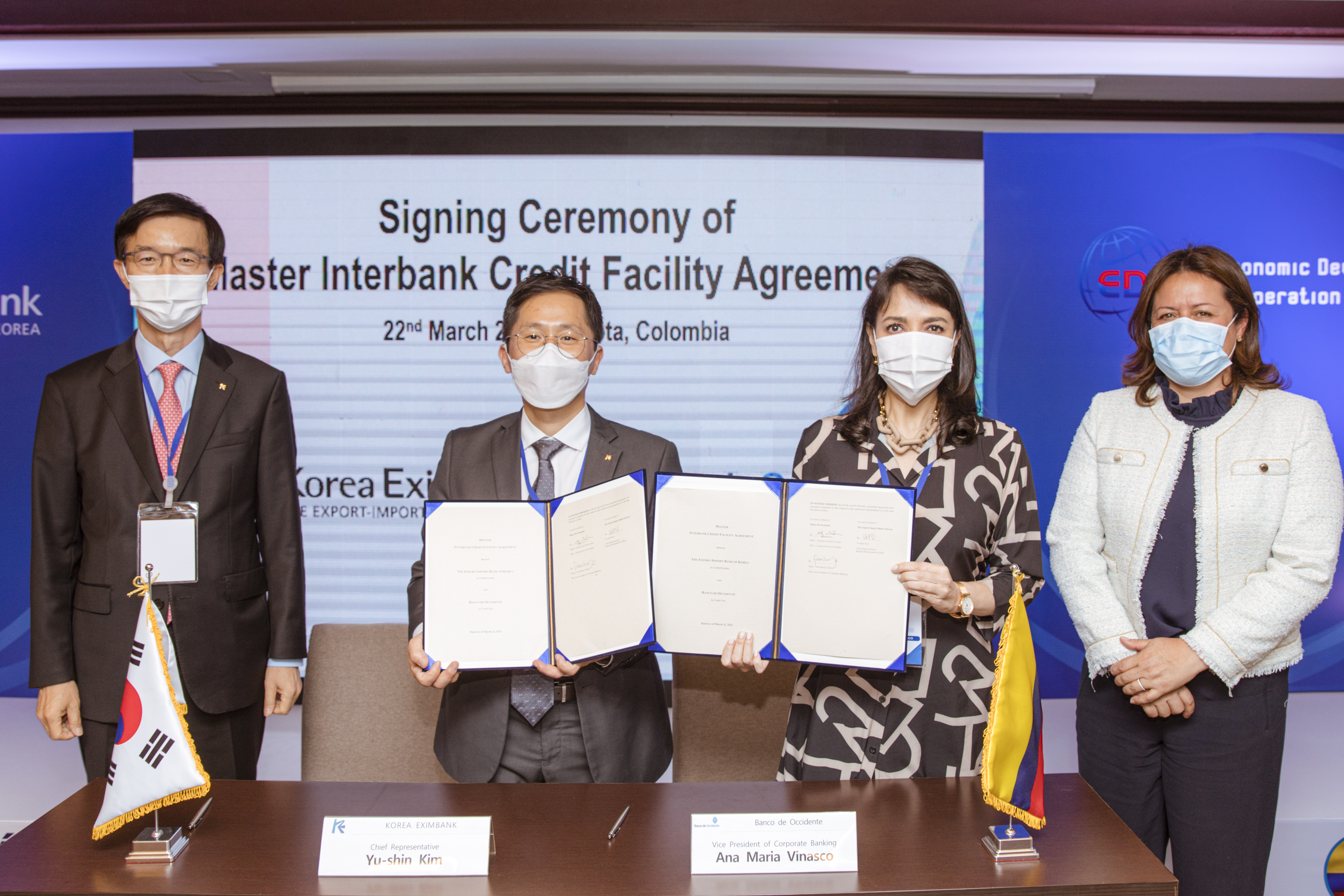 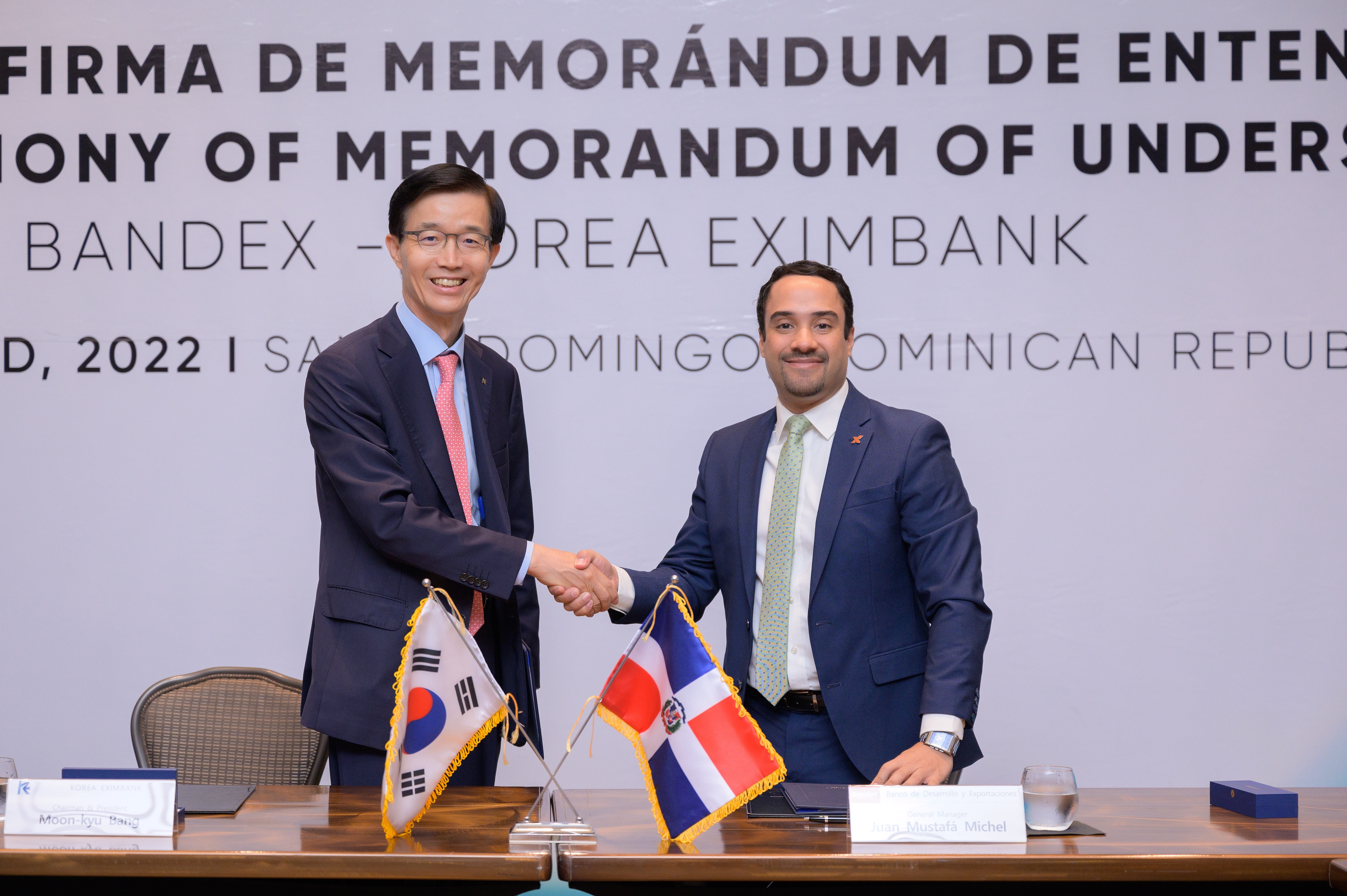 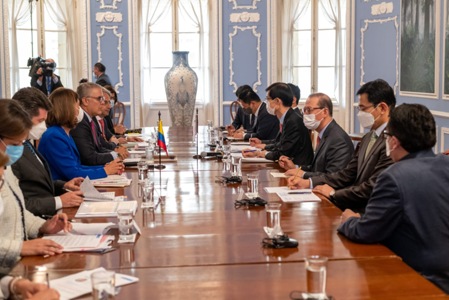 □ The Export-Import Bank of Korea (www.koreaexim.go.kr, Chairman Bang Moon-kyu, "Korea Eximbank") is bolstering its financial network in Latin America to support Korean companies to land orders in this region in the post-COVID-19 era.

□ Chairman Bang Moon-kyu had separate meetings with the presidents of Colombia and the Dominican Republic as well as the chief of the Central American Bank of Economic Integration (CABEI) to discuss comprehensive cooperation measures for Korean companies’ advancement into Latin America’s infrastructure and energy sectors.

* The Economic Development Cooperation Fund (EDCF) : Established by the Korean government in 1987, the economic aid fund program is administered by the Export-Import Bank of Korea under the supervision of the Ministry of Strategy and Finance of Korea. It aims to support industrial development and economic stability in developing countries by providing long-term low-interest loans and promote economic exchanges between developing countries and Korea.

ㅇ On the same day, Korea Eximbank held an opening ceremony of its Bogota office. The ceremony was attended by Chairman Bang, Korean Ambassador to Colombia and Colombian Minister of Commerce and Tourism.

ㅇ hortly after the opening ceremony, Chairman Bang signed a 100 million dollar loan agreement with Banco de Occidente Bank of Colombia, which specializes in leasing finance, at its Bogota office.

□ On March 24 (local time), Chairman Bang had meetings with Dominican President and CABEI President in Santo Domingo, the Dominican Republic. They discussed ways to support Korean companies to participate in LNG power generation and transportation infrastructure projects including metro and railway projects.

ㅇ Prior to this, Chairman Bang signed a memorandum of understanding (MOU) worth 100 million dollars with BANDEX, an export credit agency of the Dominican Republic, to support Korean companies' export deals in infrastructure projects such as LNG terminals and ports.

ㅇ Under the circumstances, Korea Eximbank plans to provide Korean companies with better financial services when they engage in large-scale PPP projects or infrastructure projects in Latin America, based on the financial cooperation network the bank established with CABEI and BANDEX.

□ "The year 2022 marks the 60th anniversary of Korea's diplomatic relations with Colombia and the Dominican Republic," Chairman Bang said. "The Latin American market will provide opportunities for Korean companies to diversify from the Middle East and Asia. Korea Eximbank will actively support them to win more orders in infrastructure and energy projects in the region," he added.